President Andrzej Duda took part in ceremonies on the northern coast on Monday to mark the centenary of Poland’s ‘wedding to the sea,’ when the country regained access to the Baltic coastline, which it had earlier lost to Prussia. During the ceremony, the president was accompanied by the head of the National Security Bureau, minister Paweł Soloch. 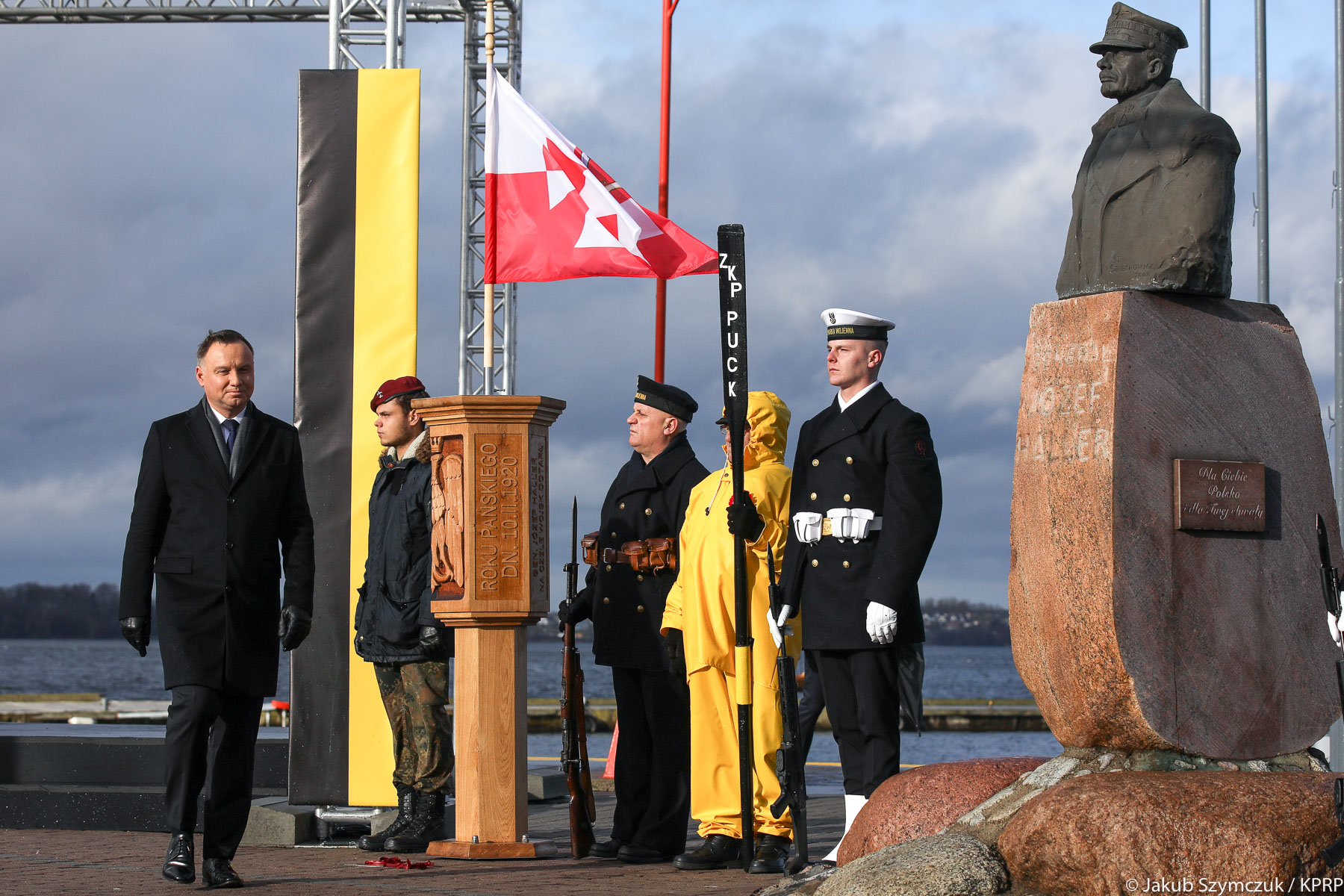 The main observances began in the coastal town of Puck on Monday morning with Duda’s unveiling of a plaque commemorating the 1920 events outside the city’s St. Peter and Paul’s Church. Subsequently, Andrzej Duda also laid flowers under a memorial to Puck inhabitants killed by the Nazis in 1939, and unveiled a plaque commemorating the 1920 ceremony’s organiser, Antoni Miotk.

During his speech at the centenary celebrations, Andrzej Duda drew attention to “an entirely exceptional day, of which we have only a few in this period when we celebrate the centenary of Poland regaining independence,” adding that regaining the Baltic coastline was among the most important events shaping the Polish state and building the country’s history.

He went on to say that apart from the November 11 Independence Day, the other notable events that belong in the same category include the Wielkopolskie Uprising, the Silesian Uprising and Poland’s return to the sea, adding that the Polish-Bolshevik war and the Battle of Warsaw should also be included.

The president pointed out that Poland regaining the southern Upper Silesia region ended the process of defining the country’s borders and that, “Poland could continue to develop peacefully, although only for 20 years.”

In Andrzej Duda’s assessment, Poland’s return to the sea was the most important event in building the Polish state, as well as being economically important. He said for this reason, the northern city of Gdynia was of fundamental value and that the rebuilding started when Poland “returned to the Baltic.”

The ‘wedding to the sea’ refers to the events of February 10, 1920, when General Jozef Haller, commander of the Pomeranian Front of the Polish Army, threw a platinum ring into the sea – a symbol of Poland’s restored access to the Baltic, which it had lost to Prussia as a result of the 2nd Partition of Poland in 1793. This symbolic act took place in Puck.