Press release from the Office of the Prime Minister of Finland 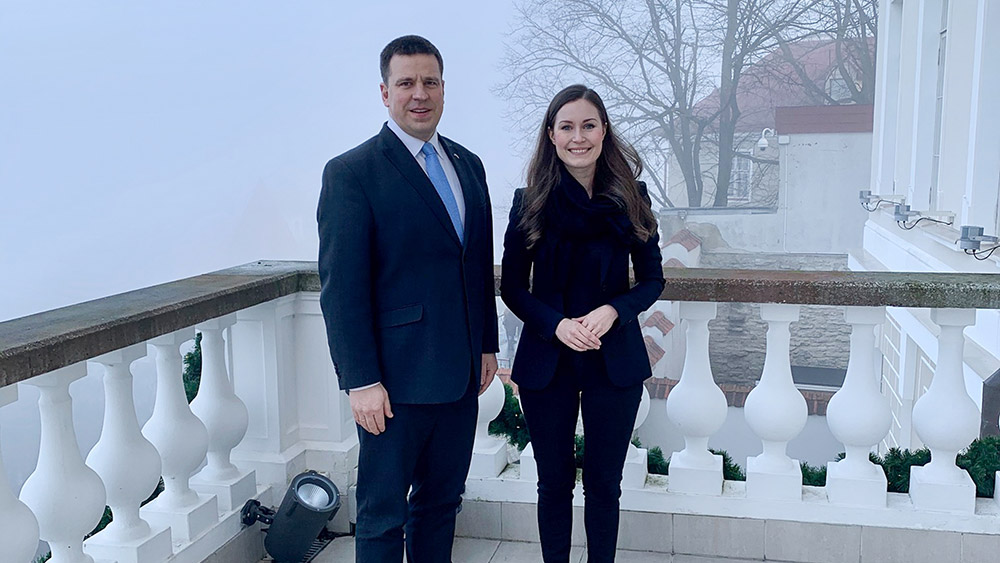 On 10 January, Prime Minister Sanna Marin made her first working visit to Estonia. There, she met with her colleague, Prime Minister Jüri Ratas, and paid a courtesy visit to President Kersti Kaljulaid.

The prime ministers discussed cooperation projects between the countries, particularly in the fields of energy, transport, the development of European core transport networks and digitalisation.

“I am delighted with our well-functioning cooperation, which can also be seen at the level of everyday life. The development of common digital services is opening up new opportunities. One good example of this is the introduction of a cross-border electronic prescription system for the citizens of our two countries,” said Prime Minister Marin.

Prime Minister Marin listened with interest to experiences from the early stages of Estonia’s term as a non-permanent member of the UN Security Council. Turning to international matters, the prime ministers addressed the worrying development of the situation in the Middle East.

“The security of the international peacekeeping forces must be ensured and efforts must be made to defuse the situation and establish a dialogue,” said Prime Minister Marin.

The prime ministers exchanged views on Russia and Ukraine. They noted that the Minsk agreements must be fully implemented before there can be significant changes in relations with Russia.

Their discussion also highlighted the importance of environmental protection in the Baltic Sea and the Arctic.

We want to promote an ambitious climate policy for the EU, and I look forward to good cooperation in this area with Estonia and other like-minded countries,” said Prime Minister Marin.

Environmental issues and climate policy were also on the agenda at Prime Minister Marin’s meeting with President Kersti Kaljulaid.